Harry joined Dubai Property Investments, part of the Monarch Group of companies, in 2004. He was appointed as Sales advisor and carried a large number of sales and lettings for properties in Dubai. In 2006, Harry also became involved in Monarch Commercial as a junior property consultant. He joined on a full time basis after successfully completing a BA(Hons) in Business with Property and a MSc in Real Estate Development, from the University of Westminster.

Since joining Monarch, Harry has gained an extensive range of experience in commercial property, having been involved in countless acquisitions, disposals, lettings, management work, development work, investments transactions and site assemblies. Harry has represented a number of well-known brands on lettings such as, The Money Shop, The Gym Group, Royal Foods, Betfred, Paddy Power, Punjab National Bank and Habib Bank AG Zurich to name a few. He also advises a number of Private UK Landlords and Family Offices representing interests in the Middle East, India and the Far East for their acquisitions, disposals, developments and planning.

As well has running the day to day business activity and development of Monarch Commercial, Harry recently set up the Residential arm of the business, Monarch Residential, which focuses on lettings, management and sales of residential dwellings. One particular building that Harry looks after consists of 149 apartments. Harry is in the process of completing his APC in Commercial Property to become a chartered member of the RICS.

Away from Monarch, Harry is a family man, a big Manchester United fan, Cricket lover (playing and watching), and travels regularly. He likes to keep fit in the gym 3-4 times a week, and does so because he’s also a massive foodie! 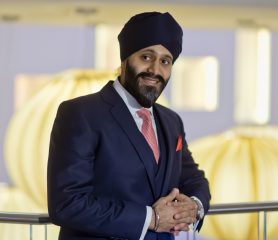 © 2022 Monarch Commercial. All rights reserved.
We use cookies to ensure that we give you the best experience on our website. If you continue to use this site we will assume that you are happy with it.AcceptRead more